Here we are again disputing Stache’s comic of the day – not that we want to give him any publicity but his statements today need to be refuted. There seems to be no ability on his website anymore to leave a comment. https://mystacheonline.com/2018/09/28/wannabe-mayor-councillors-buchanan-and-clark-are-ready-to-program-your-livability-whether-you-want-them-to-or-not/

He states, referring to Mayoral Candidates Buchanan and Clark: ‘Two anti NIMBY’s voicing similar sanctimonious robotic platforms that would enable either one IF elected to further deconstruct and devastate the social wellness and livability of our city… All you have to do discerning voters is look at their evidentiary pro density city council records over the last four years’.

We would strongly suggest that you DO look at their records – Councillor Clark, together with Councillors Bell and Bookham, has consistently voted against the majority slate, hence the references to the 4-3 vote approving most developments. The majority being Mussatto, Back, Buchanan and Keating.

DO NOT ACCEPT SOMEONE BLINDLY STATING FALSE FACTS!

Article borrowed from Business in Vancouver and quoting in part: For the past three years, housing has consistently topped the charts as the most important issue facing most cities in Metro Vancouver.

One of the issues that have played a role in the sudden loss of esteem for real estate developers is the perception of cosiness with sitting municipal administrations. This becomes clear when Metro Vancouverites are asked a simple question: who has more influence on the look and feel of your municipality?

Across the Lower Mainland, only 24% of residents believe their municipal government is the deciding authority when it comes to the future of neighbourhoods. A slightly smaller proportion (22%) believe the community itself has more influence.

Who is regarded as the most powerful voice when it comes to how our neighbourhoods look and feel? Developers, as stated by two in five Metro Vancouverites (39%). Men (44%) are more likely to express this opinion than women (34%), but all generations agree that governments and communities are taking a back seat in these discussions.

The public is also particularly critical of the idea that, in an effort to build, the character of their municipality is being abandoned. Three in four Metro Vancouverites (74%) feel that developers are too quick to demolish and rebuild when existing facades and structures could be kept.

The results outline two problems for incoming city councils. One is the perceived lack of consultation from members of specific communities, who may find it difficult to attend meetings or have a voice in traditional forums. The other is the feeling of powerlessness when the relationship between developers and municipal politicians is as entrenched as it is in some cities.

North Van City Voices has documented that the City of North Van has exceeded the 2041 Regional Growth Targets and is rushing to get through more density before the vote on October 20th: partial quote from the article:

The shift from the Livable Region Strategic Plan in 1996 to the 2011 Regional Growth Strategy has directed the emphasis to growth objectives. As land values have increased due to speculative inflation from rezoning for more density, demolitions of older, more affordable buildings have increased, with more people displaced, causing skyrocketing homelessness and unaffordability. Most of the new supply is unaffordable for both owners and renters and often left empty.

Now the enormous costs of servicing this growth agenda are emerging with the need for billions of dollars to upgrade utility services.

The city’s consultants confirmed as far back as 2014 that there is more than enough existing zoned capacity to meet population growth beyond 2041. Yet the city continues a manic rush to rezone.

The City of Vancouver is on a mad rush job to rezone Kitsilano and Cedar Cottage in a move that will only benefit developers. 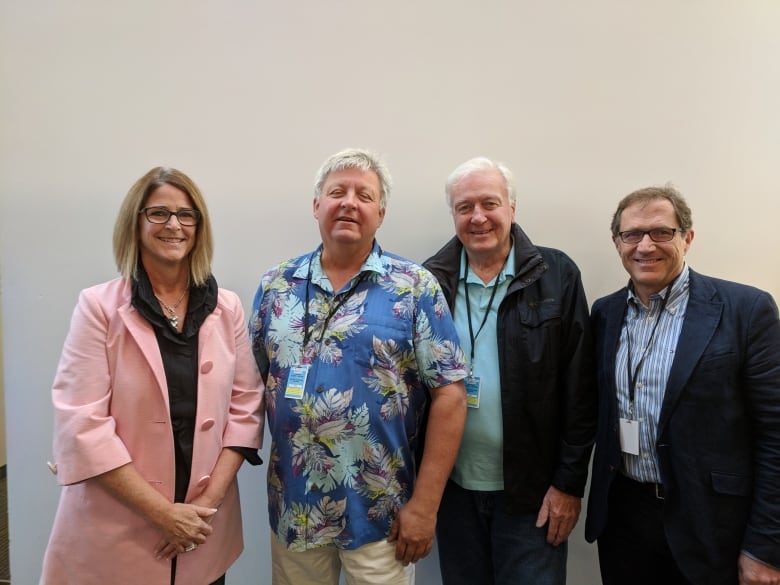 Each week until election day on Oct. 20, CBC’s The Early Edition is looking at a key issue in different municipalities that voters want to see addressed.

Following is the link to the CBC Early Edition Stephen Quinn show this morning with Candidates Buchanan, Clark, Heywood and Morris. General topic was TRAFFIC. The interview starts at about the 11 minute mark https://podcast-a.akamaihd.net/mp3/podcasts/bcearlyedition-APuoDXdZ-20180914.mp3

All Candidates meetings give candidates an opportunity to help the public understand where they stand on local and city-wide issues and motivate people to vote. At these meetings candidates respond to questions from the public and event organizers.

From the North Shore News today: